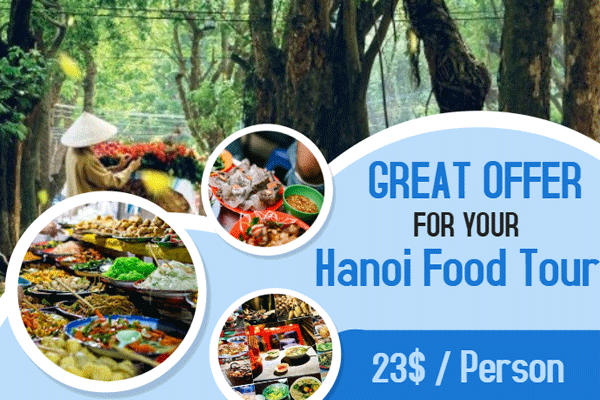 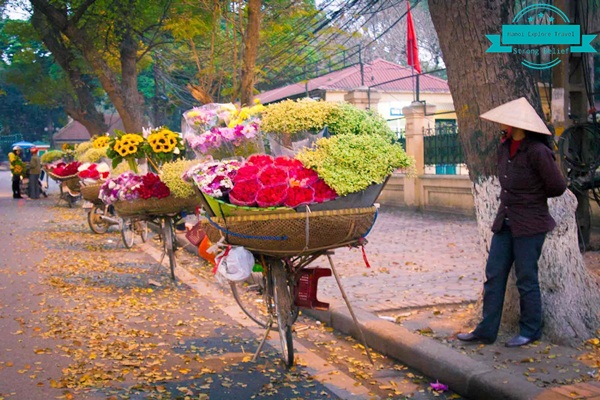 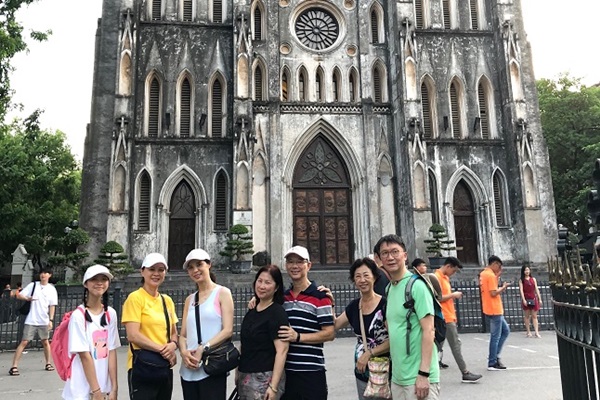 Hanoi is the more-than-1000-year-old capital of Vietnam. It is renowned as a city of its long history, rich identity, traditional culture as well as an attractive tourist site with its very “Hanoi-styled” own features, namely the old streets, the historical relics dyed with time and the diverse cuisine.

The best time to visit Hanoi is in the autumn (August – October). Ideally, it is September or October when the rainy season in Hanoi normally ends. The clear skies, the mild sun, the average temperature and the cool air, all create the best conditions for visitors to have a wonderful discovery in Hanoi.

And for those who like cold air , somewhat freezing, traveling in the last months of the year like November and December will not be a bad idea. Coming to Hanoi around this time, besides visiting famous tourist attractions, visitors can also enjoy many delicious specialties in the winter of Hanoi.

Means of transportation to Hanoi

Means of transportation in Hanoi

Hanoi offers a wide range of tourist attractions, from cultural and historical sites to entertainment places.

Ho Chi Minh Mausoleum is one of the must-visit places when traveling to Hanoi. It is located on the historical Ba Dinh Square, where the former president Ho Chi Minh (also known as Uncle Ho) read the Declaration of Independence giving birth to the Vietnam nation.

The Mausoleum is open 5 days a week, on all Tuesday, Wednesday, Thursday, Saturday and Sunday mornings. When visiting Uncle Ho, pay attention to dress appropriately (no shorts and tank tops) and behave properly (no loud talking and laughing).

In addition to the Mausoleum, you should visit Chua Mot Cot (One Pillar Pagoda) and Uncle Ho’s stilt house and the nearby fish pond.

The Temple of Literature

The temple of Literature is the first university in Vietnam and also a famous tourist destination in Hanoi that attracts many both domestic and international tourists.

It is considered as a unique feature of the capital with many houses and streets in the architectural appearance of the late 19th century. Moreover, Hanoi Old Quarter is also home to many famous and inexpensive delicious dishes.

Hoan Kiem Lake, considered as the heart of the capital, is associated with the historical legend of Vietnam (Le Loi King returned the sword to turtle god after beating the enemy).

This has become a popular destination for many people who want to enjoy the airy atmosphere and enjoy Trang Tien or Thuy Ta ice cream next to the lake.

Located on a small peninsula on the east side of West Lake, the pagoda is regarded as the oldest pagoda in Hanoi with its history line dating back to more than 1,500 years.

Tran Quoc Pagoda has recently entered the list of 16 most beautiful temples in the world voted by the Daily Mail. It is renowned as a place to preserve religious and historical values that attract many Buddhists and tourists to visit.

The Cathedral may be found in Hanoi at 40 Nha Chung Street in the Hoan Kiem district. The work’s overall architectural style is European Gothic, but it also incorporates elements of native architecture, as evidenced by the roof’s terracotta tiles and its interior decorating in classic Vietnamese design. As a result, it is regarded as the unique product of East-West cultural interchange.

It has been a long-standing historical and cultural icon of the earliest Ha Thanh land (the old name of Hanoi). Once visiting the city, you should stroll around the market to take in the hustle and bustle atmosphere created by the merchandise stalls.

Don’t forget to savor the delicious foods with bold flavors of the old Hanoians.

It is a historical site of the ancient Thang Long citadel which started from the pre-Thang Long period (7th century) and lasted through the Dinh – Tien Le dynasties. During the reign of Ly, Tran, Le, the ancient citadel was expanded, then it was renamed into Hanoi under the Nguyen dynasty.

The Imperial Citadel of Thang Long is one of the most significant relics in Vietnam’s monument system since it is a massive architectural work that has endured across several dynasties. It therefore, has been recognized by UNESCO as a world cultural heritage.

Hoa Lo prison is a tourist attraction bearing the impression of French architecture in the last decades of the 19th century, as well as carrying the cultural and historical significance of the Vietnamese nation.

Despite the ups and downs of history spanning more than 100 years, Long Bien Bridge has endured and become a meaningful symbol for the people of the capital.

Tourist Destinations Near The City Center

Besides famous tourist destinations in the city center, tourists can move to the suburban of Hanoi to visit some interesting places below:

Duong Lam Ancient Village lies in Son Tay Town, more than 50 kilometers from the capital. Until now, Duong Lam ancient village is the only village in the country that still retains the ancient architecture and living habits of an ancient Vietnamese village 300 years ago. Additionally, many valuable historical sites can be found here as well.

About 60km from Hanoi, this place is a complex of areas for entertainment, discovery and resorts. Coming to Ba Vi National Park, you can visit some French remnants.

Here is also temples dedicated to Saint Tan Vien and President Ho Chi Minh. In addition, you can climb to the top of Vong Canh mountain for a panoramic view of the surrounding mountain forest.

The Culture and Tourism Village of Vietnam’s Ethnic Minorities in Dong Mo – Ngai Son (Son Tay town), is a place to recreate the unique cultural values of 54 ethnic groups in Vietnam.

Also known as Ha Dong silk village,this destination is more than 10 km from the center of Hanoi. Having existed for more than 1000 years, Van Phuc silk village has been regarded as one of the most beautiful and famous silk weaving villages in Vietnam.

The Huong pagoda, which is situated in Huong Son commune, My Duc district, about 50 kilometers from the heart of Hanoi, draws a lot of tourists each year from January to March of the lunar calendar.

The Co Loa citadel is a unique tourist destination in the capital that is linked to Vietnamese legends, including those about An Duong Vuong who founded the country’s capital and built the citadel as well as those about the god Kim Quy and his crossbow.

What to eat in Hanoi? Cuisine in Hanoi

Pho is the first dish that you should enjoy when coming to Hanoi. As a typical dish famous throughout the country, the delicious taste of noodle soup, beef and broth will easily conquer anyone.

This dish consists of rice noodles, charcoal-grilled pork and a sweet and sour dipping sauce. As a dish that has been there for a very long time, Bun cha can be considered as one of the culinary delicacies of Hanoi.

Cha Ca La Vong is a famous specialty of Hanoi, present in almost everywhere from small eateries to high-class hotel restaurants. This dish is sweet, fleshy and fatty.

Shredded chicken, fried eggs, and shredded lean pork paste are the main components of bun thang. The broth is stewed from bones and shrimp. The pot of good broth must be clear, with a slight aroma, and the smell of shrimp paste.

The raw material for making banh cuon is delicious rice that is ground into a powder, then mixed with water and then coated on the cloth into a thin layer.

The filling is made from minced pork and wood ear mushrooms. When it is rolled up, the dish is sprinkled with shredded dried shrimp.

An appealing snack in Hanoi is fresh Pho rolls, which consist of rice noodles sheets wrapped with beef and herbs inside, then dipped in fish sauce blended with the proper flavor.

The French baguette has influenced banh mi, but it has been somewhat altered to suit Vietnamese tastes as well as give it its own distinctive element for banh mi in Hanoi.